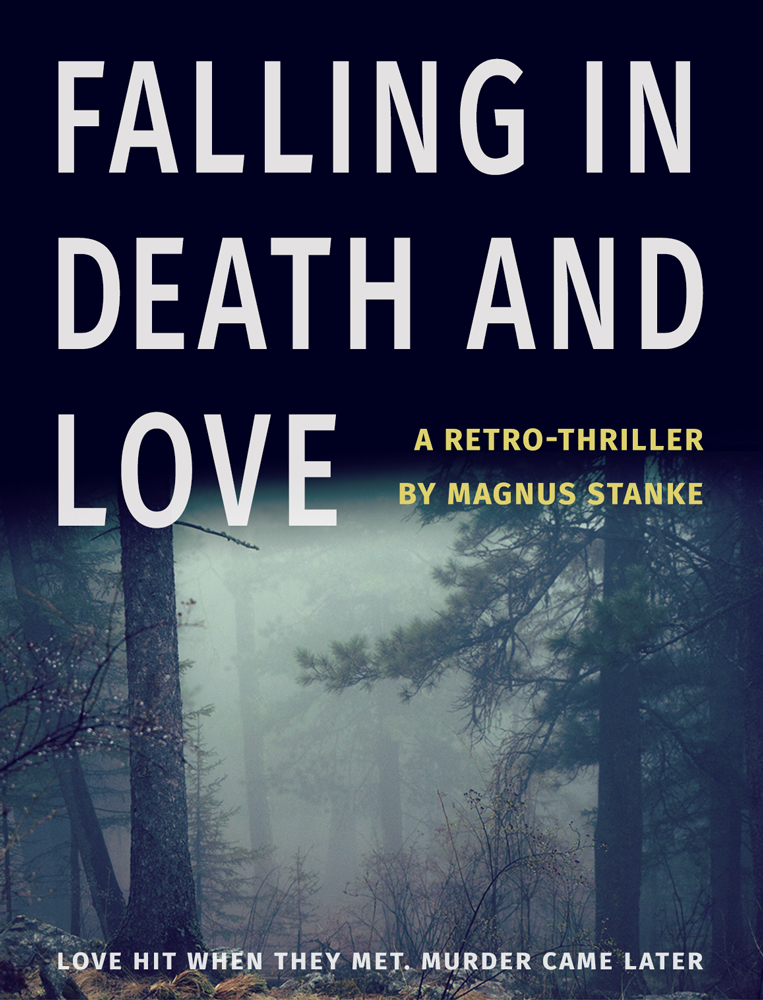 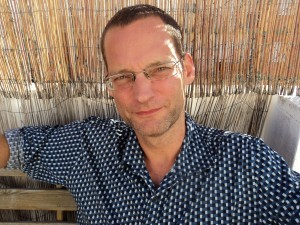 Welcome Magnus! What made you want to write a novel?

I never thought I’d write a novel. Love songs and film criticism, yes, even screenplays, but a novel – never. There just wasn’t enough time in the day, what with the teaching, the shiatsu, life in Spain, not to mention the reading, the travelling, the film-watching…

And then I started ‘Falling in Death and Love’ and everything changed. Now I can’t stop, am already busy writing the next one and contemplating the one after that.

Still, it’d nice if the days were a bit longer. Just saying

Tell us WHO IS Magnus Stanke?

I am a German national but I live in Spain and I write in English. Much to my own surprise I have just completed and published my first novel – the reason I’m surprised is that I had stopped writing about ten years ago (at the time I was doing screen plays and film criticism), and to be honest I never thought I’d ever write a novel. Until I actually started last year (well, in 2014), and now I can’t stop.

This book sounds great, tell us about it.

I’m currently working on the second book of my Retro-Thriller cycle. The first one, ‘Falling in Death and Love’ is set in 1977 on the Spanish island of Mallorca – I suppose it’s comparable for Americans with Cancun in Mexico, except that the latter is not an island.

Anyway, Spain’s long term dictator General Franco had just died a couple of years earlier and the country was in transition from dictatorship to democracy. Some old conservative powers were still at work and obviously none too impressed with these changes, this opening up to a new reality while the Spanish people were initially still afraid that the clock be turned backwards.

Mallorca was already a very popular holiday destination for Europeans and tried to present a different, modern picture of Spain to the tourists who brought their highly desirable hard currency to the country.
My story then has this as a backdrop, not exactly a free-for-all kinda place, but a disorienting time with much positive potential; however the protagonist can never be sure who to trust or where to turn for help – he is being chased by a combination of hitmen and the police.

The book I’m writing now is set in Germany in the Cold War. The story begins in the late seventies and ends in the early nineties and in a way it’s the opposite to the first one. Here everything is grey and cold…

What style of writing do you adopt?

I try to keep it light and fast-moving from the first line. My favourite crime authors are all Americans, the hard-boiled school. While I wouldn’t claim to be able to write like Raymond Chandler, Jim Thompson or Elmore Leonard I’d say it’s pretty obvious that they influenced, nay – informed my style (I’m glad I don’t have to look anybody in the eye whilst making such self-aggrandising statements; I blush even as I think these words)

What do you find challenging about the writing life?

Time. The fact that I have at best two hours per day to spend writing after my bread-and-butter job.
If you could write from any place on earth, where would you choose to write from?
Somewhere (even) warmer than Spain; maybe Thailand or the Caribbean

When asked to set goals, what do you see( for yourself or current WIP) in five years with your writing?

In a utopia, in five years time I’d like to write full-time, live in a warmer place, have finished the Retro-Thriller trilogy and started on my Time Travel trilogy

What are you reading right now?

Who is your favorite author?

Varies by season, but generally I mention Haruki Murakami, Vargas Llosa and a lot of hard-boiled authors

Give a bit of advice for an aspiring author.

Well, you have to find your own writing rhythm, of course. What helps me is to start is a detailed outline of the story, chapter by chapter. And then keep at it – inspiration: 10%, perspiration: 90% 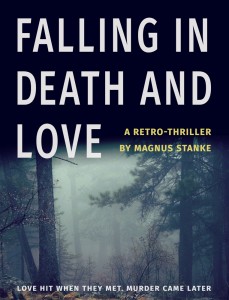 You can find Magnus Stanke and his book at these sites:

This is a US-friendly link to the book on Amazon: Falling in Death and Love