I recently met up with Jesse V. Coffey at Imaginarium 2015, a creatives conference held in Louisville, KY. She graciously accepted my invitation to be a guest on WG. Here then is her bio, interview, images, and links. 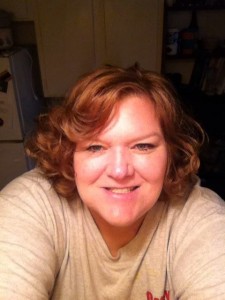 Jesse V. Coffey wrote her first books as author, J. W. Coffey. She first published in 2001, when she completed her first novel and made the decision to “put it out there for the world to love or hate on their own.” That first book was titled The Savior and as she calls it, “the most personal of all of the books I’ve written.” Ms. Coffey is a member of ASCAP, the Kentucky Independent Writers Network, and the Erotic Authors Association. She currently lives in Lexington, KY with Whiskers, her feline queen, for whom she acts as chief cook and poo-pan cleaner.

Can you share a little of your current work with us? 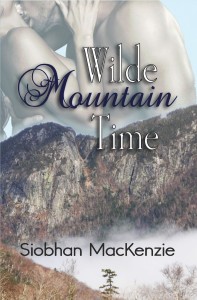 My latest book is the romantic thriller, Wilde Mountain Time, written under my nom de plume, Siobhan MacKenzie. I released it this past spring with Edin Road Press:

It happens so fast and seems to go on forever. He’s no longer flying; he’s smothering in a white cloud that’s appeared out of the blackness. His body is tossed this way and that, his headache turns into a brutal assault on his brain as he smacks against something hard and cold. thing grips him across his chest; it feels like he’s being cracked open like an egg.

Then, nothing again. And when he wakes in the morning, all he’ll remember is the sound of the screaming and the taste of the blood and scotch. And vomit.

And the feeling that it was his fault.

What inspired you to write your first book?

Three things fascinate the heck out of me – Religion and why we worship/feel the way we do; Certain windows of history and life in those time periods; and the idea of traveling in time. My first book was The Savior and I got to add them all together in one book. The story itself fascinated me the most, so I wrote it.

How did you come up with the title?

Wild Mountain Thyme is an old Scottish folk tale. I liked the idea of playing around with that title. Thom Mitchell is the protagonist of the story; he’s a folk/pop singer and that song is off his latest album. I also made it a fictitious mountain the Presidential Range of New Hampshire. Thom’s goal, while he’s on his vacation, is to hike/climb that peak. Everything happens in the shadow of Wilde Mountain and that became the name of the story.

If you had to choose, which writer would you consider a mentor?

Actually, there are quite a few, but I would consider Donna McDonald, Robyn Peterman, Seraphina Donovan, and Kallypso Masters to be my mentors. They are very successful indie writers in the romance genre and I’ve learned a lot from them on the back end stuff. As well as plotting and writing and all of that. They’re great examples to follow in the footsteps of.

What book are you reading now?

I’m currently reading Fashionably Dead Down Under by Robyn Peterman. Her books are funny and witty.

Are there any new authors that have grabbed your interest?

If you had to do it all over again, would you change anything in your latest book?

I know a particular reviewer that wanted me to change EVERYTHING but, no, I wouldn’t. I am very pleased with the story – it came out exactly as I wanted it to, which is a rarity really. Most stories will let you nudge them a little, if you’re lucky, but this one let me have full control. And it came out with lots of romance and thrills. I love it.

Who is your favourite author and what is it that really strikes you about their work?

Diana Gabaldon and Stephen King are my two favourites. They have amazing abilities to write intricate plots that suck you in but never sacrifice the characters they create just to further that plot. And these people live and breathe as if they could step down off the page and walk among us. I love those kinds of books that just sneak into your being and stay with you long after you’ve turned the last page.

What was the hardest part of writing your book?

Selling them. Marketing has never been my strong suit but it’s an integral part of the process – getting the book(s) out there to a reading public. And that means finding your niche in marketing, finding that audience, and convince them that your book is so amazing that they really need to read it. It’s a hard thing to do. People go to school/college to learn how to do that. I don’t have that luxury.

Do you have any advice for other writers?

Get on social media and find other authors, writing groups, and soak up all the knowledge you can. Not everything will apply to you or work for you but it never hurts to learn it. And try it. Ask questions and listen to the answers. This new media has been amazing for letting you meet the people who create these worlds you come play in. If writing is your gig, then go talk to them. Engage them. Learn from them. And then sit down and apply what you’ve learned. You’ll be all the better for it.

Quick fire questions:
Favorite food: My Mom’s broccoli casserole
Favorite music: Indie stuff lights me up these days.
Favorite TV program: Castle and Game of Thrones
Five things you like: Long walks, Long walks in the rain, chocolate, hot tea and a good book, and my family around me.
Five things you dislike: Ignorance, intolerance, Klingon Opera, misogyny, and reading that last page of the story when I want more of it.
Five words that describe you: Scattered, devoted, protective, adaptable, and a little too serious.